During the summer of 1886, Dr. WB Seeley, a Princeton University Scholar, stepped off the Boerne stagecoach onto the dusty streets of San Antonio, where civic leaders exhorted him to open a school that would prepare young men for success in the nation's top universities. In September 1886, Dr. Seeley's school opened its doors with an enrollment of 33 boys, some of whom came to school toting rifles. On the first day of class, during the lunch break, a number of Academy boys strolled to nearby Travis Park, where they shot squirrels from the trees. It is said that the squirrel population of Travis Park soon declined and that, before too long, Dr. Seeley outlawed firearms from his school.

In the 1890's and early 1900's, Academy grads distinguished themselves at schools such as Harvard, Penn, Princeton, and University of Virginia, where they were often recognized for their integrity, scholarship, and leadership. In those days, graduates presented letters of recommendation to universities and were accepted, based on the endorsement of Dr. Seeley.

To wit, in September 1898, Col WT Frost, the Texas Ranger who founded the bank that bore his family's name, wrote to his wife, telling her about his trip to Princeton:

"Dear Mama, I have not written to you for a few days for the reason I have been giving to the boys all the time I was able to stand trying to get them well situated here and prepared for work.  So far as I can judge no one is more favorably situated nor introduced than our sons. I can tell you of our trip more satisfactorily when I get home. We called at Dr. Woodrow Wilson's last night and the boys presented their letter from Dr. Seeley.”  Below: copy of original letter

In 1898, The Seeley School moved to North Flores on the edge of San Pedro Park and in the 1890s a boarding program was added to accommodate first, ranch farmers and then, families from Mexico.

Dr. Seeley’s involvement at SAA had come to a close as the pulmonary issues that had brought him all the way from New Jersey to Texas in the first place, had set the stage for a new chapter in SAA history, a chapter written over the next 80 years of what would mark the school’s first century.

Dr. William Walton Bondurant, a young professor of Greek and Latin at Austin College, purchased The Seeley School in 1906. Professor Bondurant added new faculty and continued to raise the academic standards of the school, and added a junior school to ensure that boys were well prepared for the rigors of the high school which Dr. Bondurant re-named “San Antonio Academy.”

In 1919, after WWI, Americans were very aware of the need for early military training. Professor W.W. Bondurant called upon his nephew,, Lieutenant William Thomas Bondurant, who had served in the U.S. Army Air Corps in France and had studied French at The Sorbonne University in Paris, to “join him amid the bluebonnets and rattlesnakes” ushering in the first military program at SAA. While leading the cadet corps, Lt. Bondurant also taught history, English and military science.

Future years saw the merger of San Antonio Academy’s senior department and Texas Military Institute. In 1926, Professor Bondurant (also known as Dr. Bondurant in recognition of an honorary Doctor of Literature degree given to him in 1924 by Austin College) became the Chairman of the Board at SAA and TMI and the newly-promoted Lieutenant Colonel Bondurant became president of the two Boards.

In 1949, another Bondurant joined the faculty as a math teacher. Lieutenant Bondurant’s son, Professor William Thomas Bondurant, Jr. was a 1939 alumnus of SAA, and went on to graduate from Hampden-Sydney in Virginia and serve in the U.S. Navy. “Colonel B,” as his students lovingly called him, ultimately went on to lead San Antonio Academy as its Headmaster until 1985, and then served as Headmaster Emeritus following his retirement. Colonel Bondurant’s passing in 2009 closed the Bondurant chapter, which has left an indelible mark on San Antonio Academy.

"The joy is watching these little guys come in kinder and then, years later, watching them walk across the stage and graduate…and just knowing that you were a part of it. Great teaching is love. Love is that which gaineth love."  - Colonel W.T. Bondurant, Jr.

In the early 1980s, Colonel W.T. Bondurant, Jr. had sensed a growing need to supplement the Bondurant administration with someone younger and more able to lead the school into its second century. The search would lead them to a young New Jersey man, John Webster, who was serving as the admissions director of a prestigious college preparatory school, The McCallie School in Chattanooga, Tennessee. Convinced that John was the right fit but aware of John’s hesitation, Colonel Bondurant paid him a visit in Chattanooga and sealed the deal with a firm grip on John’s shoulder stating “I just want you to come to San Antonio and take a look, my boy.” John Webster notified the Board of his decision to become the next Headmaster and the new era began.

John’s impact on students was far-reaching beyond East French Place. During his tenure as Head of School, he saw 1,050 young men graduate from San Antonio Academy. Student outcomes were measurable as alumni achieved higher grades and nearly 50% of graduates earned leadership positions in their high school. Through his daily chapel talks, John encouraged boys to set good examples by being role models both in and outside of the classroom, so as young adults, their actions would make a positive difference in the community. Mr. Webster embodied San Antonio Academy’s core values, which are summed up in the school’s motto: “Be honest. Be kind. Be the best you can be.”

Since the school’s founding, The Academy has remained faithful to its traditions and values and continues to build young men of character, teaching them how important it is to be honest…be kind…and be the best they can be.

The Academy’s traditions and values are put into practice each and every day of school, beginning with morning chapel, where the boys raise their hands to salute the flag, and lift their voices to recite the Lord’s Prayer. Chapel has been an integral part of SAA since its beginning. In those days, boys gathered in a large classroom to hear a daily inspirational message. Today, chapel includes a multi-media, interactive format to deliver encouraging words to our student body, making SAA’s morning ritual anything but routine.

Chapel teaches valuable life lessons, and SAA’s leadership program encourages boys to become leaders by putting their values into practice in their daily lives and by setting a good example. Dating back to the 1900s, The Academy’s military program was established after WWI when the need for early military training was first realized. For years cadets have been well known in the community for participating in numerous citywide events, establishing cherished traditions that SAA continues to this day.

Known more commonly today as a leadership program, San Antonio Academy’s limited military program has evolved into an opportunity for boys to acquire leadership skills and learn the principles of teamwork while maintaining the esprit de corps that comes from working together to achieve common goals.

Another time-tested Academy attribute is the rigorous academic programs, which continues to place San Antonio Academy in a position of strength during the twenty-first century. Academically, student performance on national testing, including the SAT, the college entrance test, has placed The Academy on a national stage, and the students’ Stanford Achievement Test scores have been among the top in the nation. As a result, San Antonio Academy graduates go on to excel in high school, both locally and at some of the nation’s top preparatory schools. 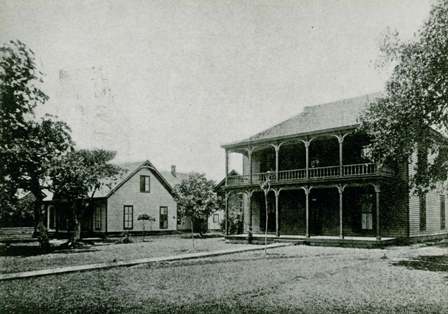 1894  Graduating class receives notice of acceptance at University of Virginia, University of Pennsylvania, Harvard, Yale, and Princeton without entrance exams.

First record of the name change to San Antonio Academy.

1920  Lieutenant W.T. Bondurant, nephew of W.W. Bondurant, joins faculty as Commandant of newly-formed military program and as instructor in Latin and French. 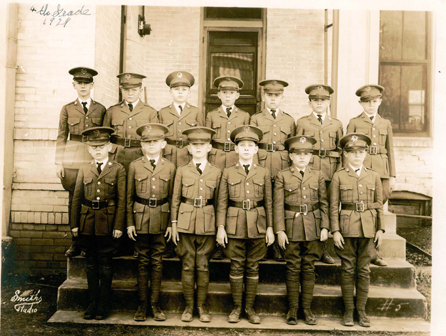 1927  Lieutenant W.T. Bondurant named headmaster of SAA and holds title until 1943 when, as Col. Bondurant, he is appointed President of SAA and TMI.

1952  San Antonio Academy returns TMI to the Episcopal Church and operates for the first time as an independent junior school. 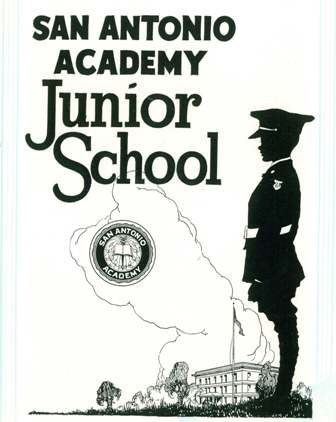 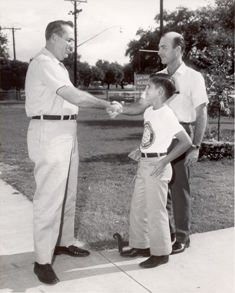 W.T. Bondurant, Jr. named president of SAA and his father, Col. Bondurant, Chairman of the Board.

1967  This marks the first full year of elementary education at SAA. 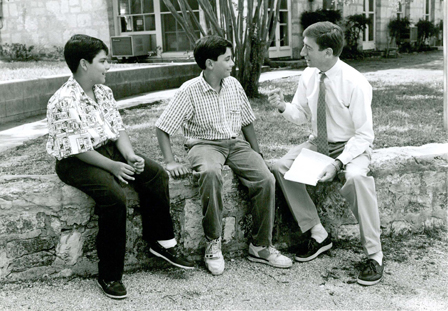 1988  San Antonio Academy is accredited by ISAS, the Independent Schools Association of the Southwest, and is accepted into membership by NAIS the following year.

2000  The Board of Trustees approves San Antonio Academy’s Strategic Plan, creating a shared vision for the school.

The Academy’s Board of Trustees raises $3,900,000 to renovate the dormitories and transform them into eight new classrooms and the Bondurant Library.

SAA receives its first-ever 7-figure donations as three separate $1 million gifts are made to the endowment campaign, Honoring our Tradition…Investing in the Future.

2007  The Board of Trustees raises more than $9 million of new endowment funds, increasing San Antonio Academy’s endowment from $5.7 million to $13.6 million with pledges that will carry it to $15 million within five years. 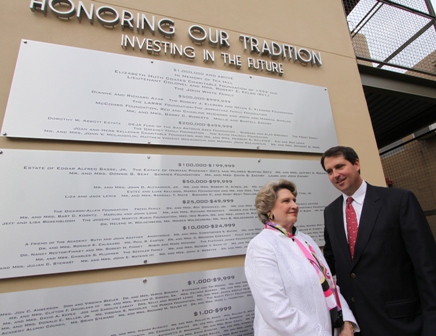 2008  The endowment totals $14.6 million, with pledges that will carry the endowment to more than $16 million during the next five years.

The Board approves a new Strategic Plan that reaffirms SAA’s core values and charts a clear course for the next 5-10 years.

The Academy administers the ERB/CTP IV to all 7th and 4th graders in math and reading. Our boys outperform the independent school norms in both subjects. 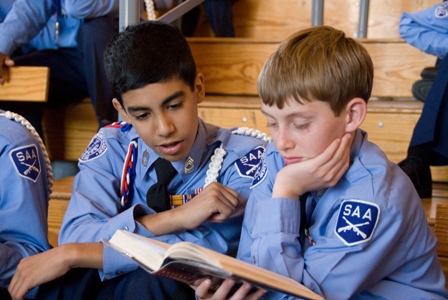 On the first high school report cards for the Class of 2007, there is a positive variance between our boys’ GPA at SAA and their GPA in high school.

The Board approves a new Master Campus Plan and a Succession Plan for key employees.

2010  Football returns to The Academy and the varsity squad post a 6-7 record.

2011  San Antonio Academy achieves 100% parent participation in the Annual Fund for the second year in a row. Fewer than 3% of the nation's independent schools attain this level.

2017  John Webster retires at the end of the 2016-17 school year marking 32 years as Head of School. The "John Webster Need-Based Endowment" was created to honor his 32 years of love, friendship, and dedicated service to SAA.